The directory dwm is a submodule that points to saloniamatteo/dwm and might not get downloaded when cloning normally!

A script to install various components is included. You can choose which component to install, and the script will help you.

NOTE 2: When installing packages on Gentoo, the script will first ask you to configure your USE flags (you will be able to proceed to install the packages anytime you please, even if you don’t change your USE flags)

To run the all-in-one script, run the following commands: 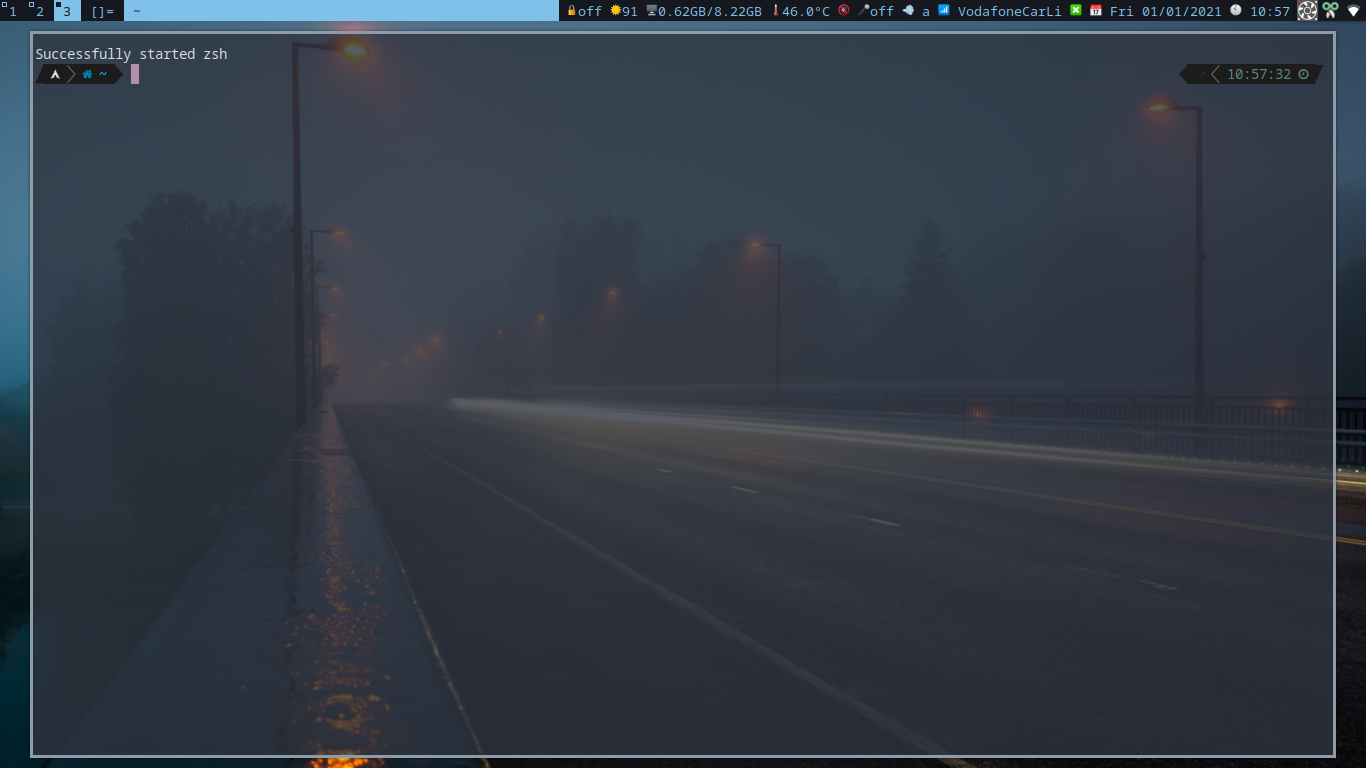 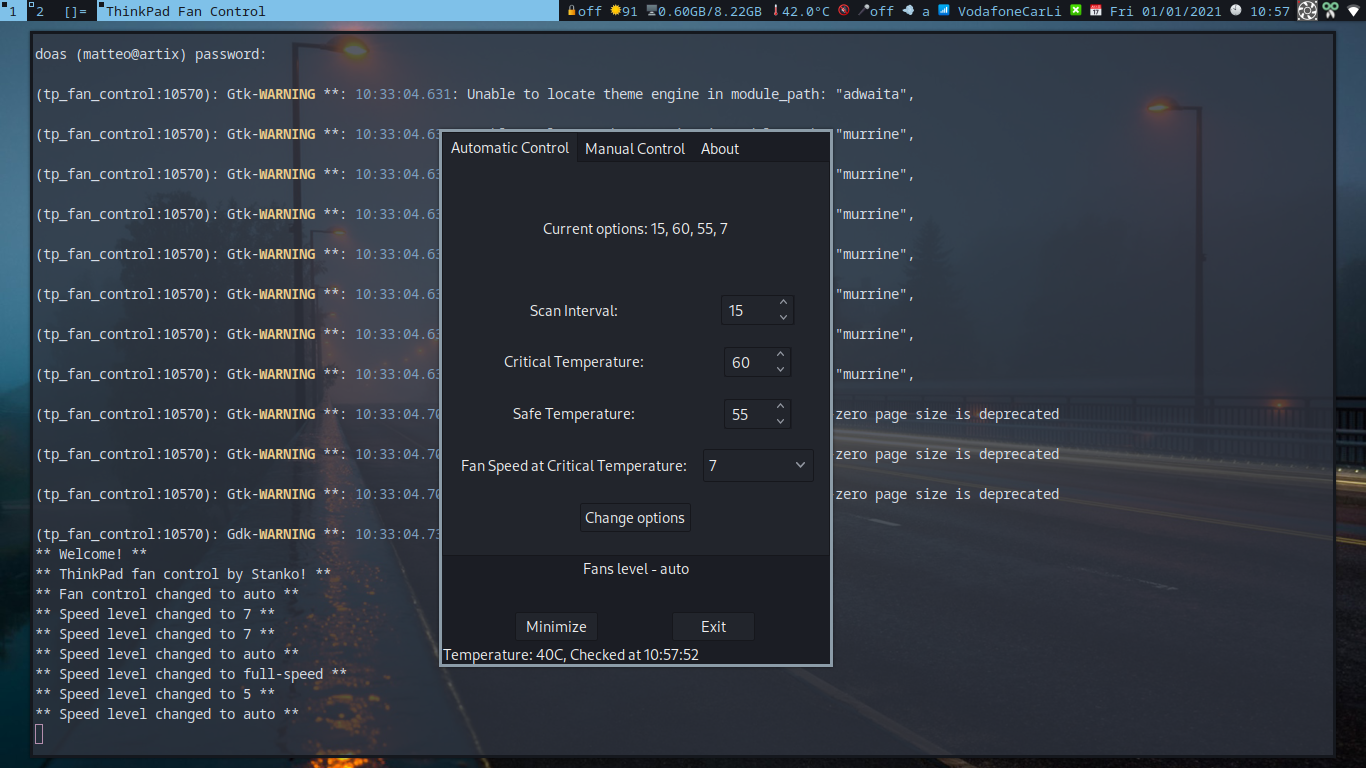 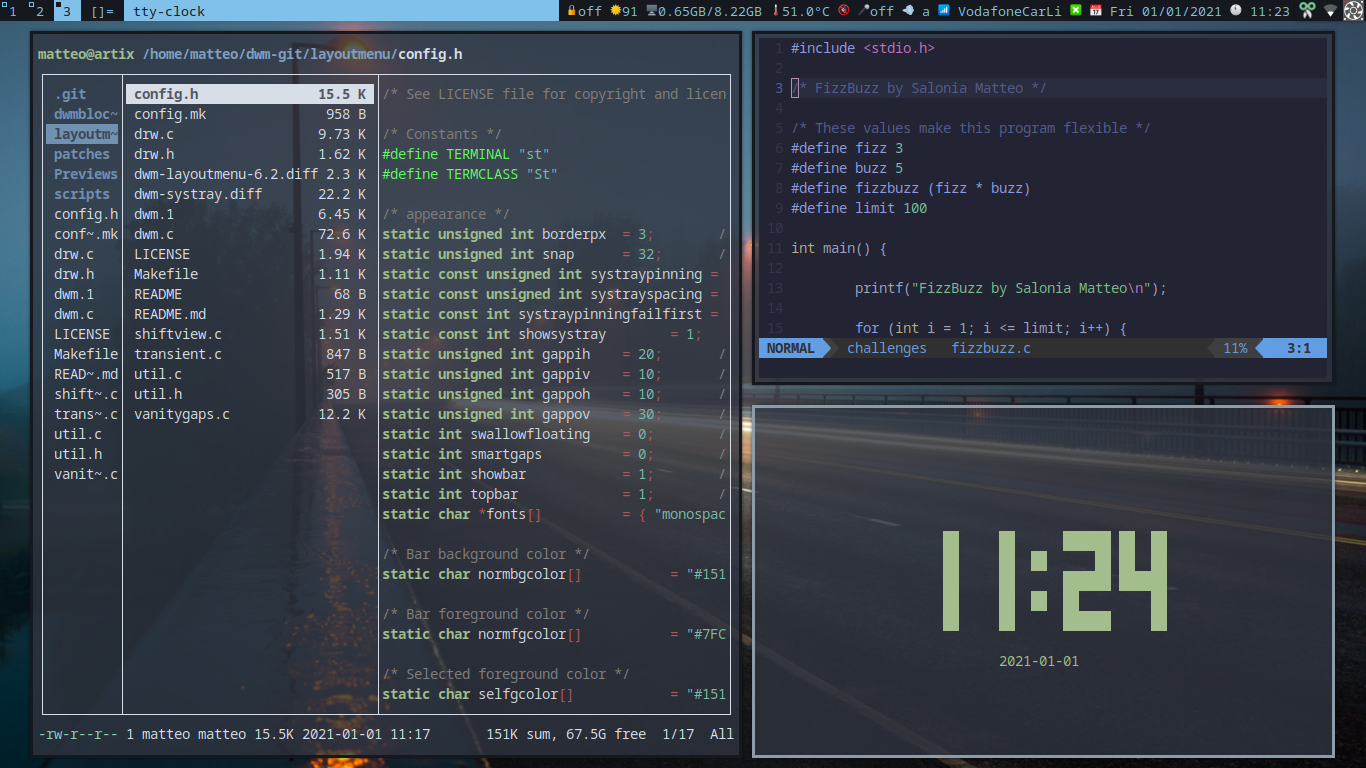 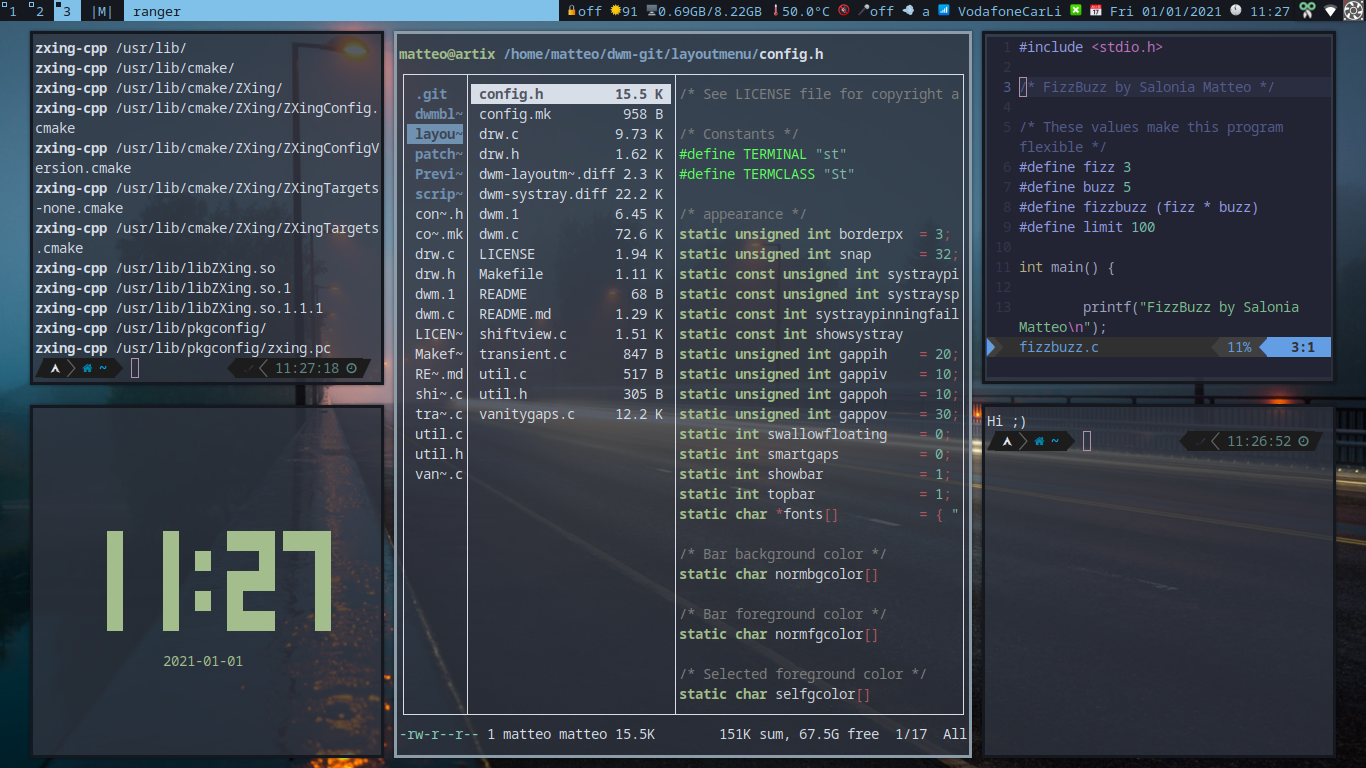 Have any issues with dwm? Check the man page or read the source code, it contains all of the custom keybindings that I use with dwm.

NOTE: saloniamatteo/dwm is the main repository for my build of dwm & dwmblocks. If you need any help, go there.

NOTE: If you want to change GTK’s graphical settings on dwm, such as the cursor theme or the icon theme, use a program like lxappearance.

Here’s a list of the Firefox addons I use:

I have included my own build of slock with two patches:

Another build of mine, called slock-red is included. This build has its background color always set to red.

I have a ThinkPad T440p with an Intel Core i5-4340M (Haswell). I have installed a tool that undervolts the CPU. intel-undervolt’s configuration file is located over at /etc/intel-undervolt.conf. My config file can be found in the root of this repository and is not copied over by default for security reasons. You have to be careful with undervolting, so read the following info CAREFULLY!

I have found that the best performance obtainable by my laptop was achieved by undervolting withintel-undervolt, setting the CPU governor to “performance”, increasing the fan speed to 7/max (use the command .config/scripts/set-fan included with my dotfiles or use this helpful utility that comes with a GUI: tp-xfan), and using the power supply instead of the battery

I do not condone undervolting. Do it at your own risk.

I wrote my own low battery notifier. If one of your batteries’ capacity is less than 20%, it will send a critical notification, containing said battery name and its capacity. To make this work, you need to install a cron manager. (I use cronie)

After you’re done, run this command: crontab -e, then add these two lines (assuming $UID is 1000, which should be the first user you create, apart from root):

You’re done! I also have this in my root crontab:

Every 30 minutes the command updatedb will run, so that the next time you run locate FILE it will be very fast to show you where a file is.